Sai Baba of Shirdi, also known as Shirdi Sai Baba, was an Indian spiritual master who is regarded by his devotees as a saint, a fakir, a satguru and an incarnation (avatar) of Lord Dattatreya. He is revered by both his Hindu and Muslim devotees during, as well as after his lifetime. Saibaba is considered as Saguna Brahma.

Sort by:
Best sellers Relevance Name, A to Z Name, Z to A Price, low to high Price, high to low 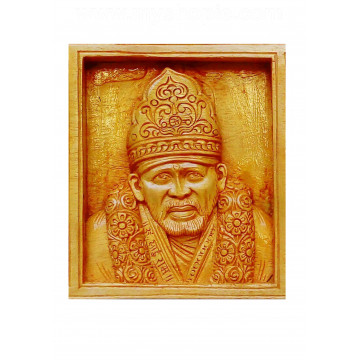 Shirdi Sai Baba in square panel is beautifully crafted by Kerala artisans. It is made of very high quality Kumbil (white teak-Kumbil) wood and would remain as it is for hundreds of years.